Read more
Why Buy a SIM-Only Phone Deal
Did you notice how SIM only deals are increasingly more popular, these days? Gone are the days when people would eagerly jump on a new mobile phone plan just for the sake of getting a bargain on the latest smartphone models. With the rampant technological evolution and the ubiquity of mobile devices, the trend is now for the consumer to buy his own gadget and just reach out to the network company for a SIM card to enable device connectivity.

SIM only deals may be the way of the future, since they have multiple benefits and are more suitable to the current juncture. As mobile technology reached a plateau in terms of performance and power, it no longer makes sense to keep upgrading your phone nearly every year. Some people are now choosing instead to hold on to a good smartphone and cycle through different SIM cards depending on the occasion. This shift in market dynamics is making SIM only deals increasingly more popular and advantageous.

This option makes a lot of sense nowadays in a number of possible situations; sometimes you want to hold on to your current phone, or you may want to avoid signing up for a customary 24-month contract; sometimes a SIM only deal may come with unique perks or particularly attractive fees. There are just some of the more typical reasons why so many people are looking for SIM only deals, nowadays.

In case you’re currently musing the thought of going for a SIM only deal, here is an over view of the typical reasons that justify this choice:

Increased flexibility compared to traditional phone plans
Now that you own several mobile gadgets and the novelty factor has worn off, you may have started to value flexibility over everything else. As such, getting a shiny new phone at discounted price with your new contract no longer sounds as appealing as it once did, isn’t that right? This is exactly one of the foremost reasons why so many people now are leaning towards SIM only deals. We all have plenty of smartphones and tablets lying around, and we no longer care about getting new toys even if they come at a discount. The focus in now on flexibility and freedom, which are exactly the aspects most lacking in a typical phone plan that uses shiny gadgets as a trap to lure you into signing up a contract.

Low cost and improved transparency of your actual expenses
One of the problems with signing up for a phone plan with a 24-month contract just for the sake of getting a new smartphone at a discount price is that expenses can get blurry. This means you won’t always have a clear sense of how much you actually paid for your phone and how much your actual communication costs are, since it’s all packaged in the same deal and not meant to be crystal clear. One of the best things about purchasing a SIM only deal and use it in an old phone or a new phone you bought separately is that you will have much clearer sense of your expenses, and the final cost of both products may actually turn out a bit cheaper if you know how to shop around.

SIM only deals are highly convenient in a number of temporary situations
There are times in life when you just need a new SIM card to carry you through a short phase, and you are not the least bit interested in signing up for another contract. In some cases, you may actually just be looking for a very temporary solution – maybe you’re going on vacation for a month and you want to get some mobile internet into your tablet, or maybe you need a temporary phone number to use with a new business experiment, maybe you want provide your granny with a way to always remain contactable while she’s visiting your town… whatever your reasoning may be, there are many situations where SIM only deals can be quite practical and inexpensive, especially if you already have mobile devices which are not being used.

You can retain your current phone number while switching mobile plans
Up until a few years ago, changing SIM cards was not practical since it meant changing phone numbers – which in turn would prove troublesome and annoying in different and unexpected ways. Thankfully, it’s now possible to request a Port Authorization Code from your old network provider and supply that code to your new supplied to let them use your previous number. In short, SIM cards are no longer bound to their original phone number, meaning that it’s now farily easy to switch mobile plans and even get a SIM only deal while keep everything else exactly the same, including your old phone number.

Some interesting perks and opportunities are sometimes available
Just because SIM only deals are cheaper compared to phone contracts, you should not assume there are no perks involved. In fact, both options have many benefits in common – asides from the obvious difference (a SIM only deal implies you won’t get a new phone). When it comes to actual network related perks, both types of mobile plan will provide you with similar benefits which may range from 4G mobile internet to having access to free Wi-Fi hotspots and mobile tethering capabilities. SIM only deals also let you use your phone abroad without paying for additional roaming charges, just like your regular plan would. In most cases, the main difference between a SIM only plan and
a mobile plan is the actual phone and the associated contract.

It’s also worth keeping in mind that SIM only plans are often interchangeable with phone plans, after a trial period has gone by – usually about three months. If you get a SIM only deal and eventually decide to upgrade and get a new handset, most mobile companies will rebate the cost of your previous deal from the price of your new contract.

When you buy your new mobile phone, there are various types of deals available for you to choose from. You can either buy a mobile phone and receive a SIM-only deal or you can sign up to a pay monthly contract . But which is best? 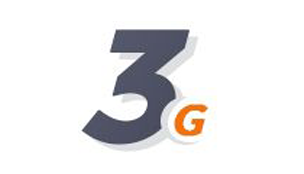 Get in touch for more information about SIM-only plans! Stay up to date with the latest mobile phone and tablet reviews here.